The dramatic air of a monolith - a canvas by Riikka 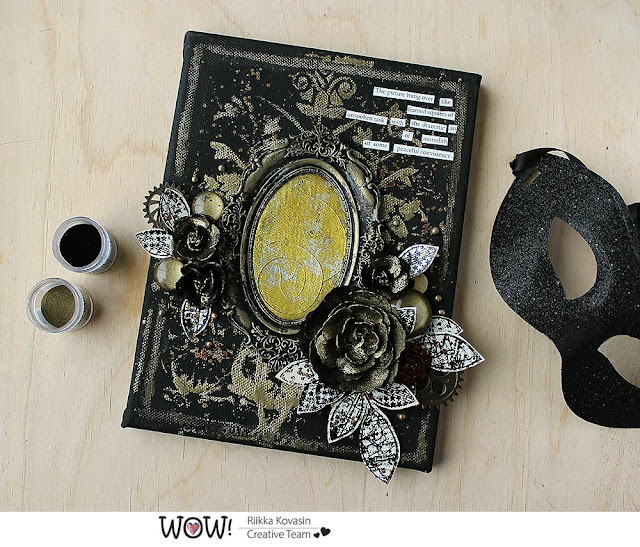 Moikka again! It's Riikka here today to share my second monthly project. But shhh, you might be in for an extra treat today! So stop by later in the evening as well! Just a hint.

While I made a pair of cards with white base for my first project, I made a baroque influenced black and gold canvas as my second. While the gold is similar to the other card, the background color totally changes the mood again. My main inspiration for this was the resin frame, which I wanted to turn into an old mirror. 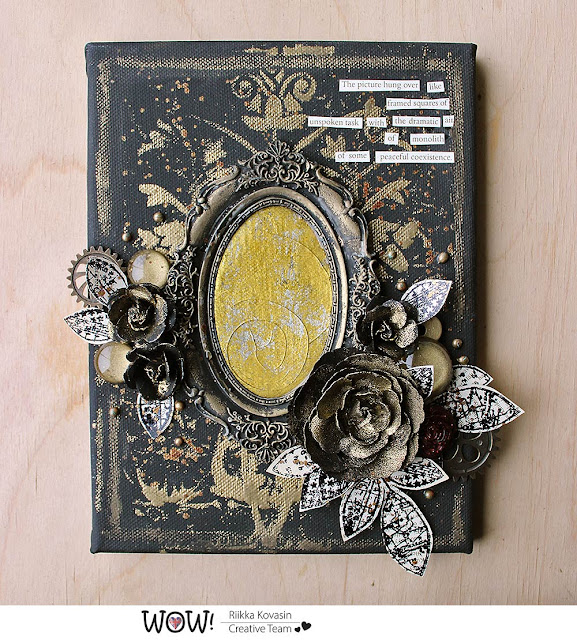 I started creating the canvas from the background. I painted the canvas with black gesso, dried it and then patterned it with golden embossing powder and a couple of stencils. Then I cut a piece of double-sided adhesive a bit larger than the opening of the frame. I adhered to the adhesive to the canvas and added Fab Foils on top. I started with golden one I had used for the cards so there was some of it used when I then pulled that away, there were still openings in the adhesive. On those, I added silver foil, which to my eye created the effect of an old mirror with its uneven coloring.

The frame itself I embossed here and there using golden embossing powder. Then I painted the whole frame with black gesso, waited for a little for the paint to dry and rubbed then the gesso away to reveal the golden coat underneath. I then adhered the frame on top and then coated the "mirror" with a thick coat of Ultra High Clear Gloss creating a glass-like look. After the layer had cooled, I bent the canvas from the back causing the thick layer to crack. I did this to give then mirror even more an aged, old look. 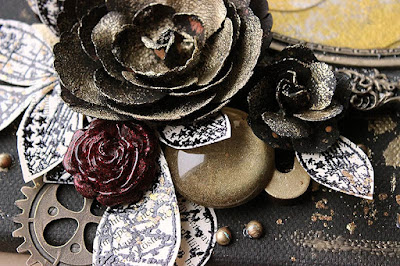 To finish the canvas I painted some paper flowers with black gesso, dried them a little and then added the golden powder on top. This way the flowers fit the colors of the canvas perfectly. I also added a layer of golden embossing powder to the backside of the acrylic pebbles. I also created a dark, velvety colored red rose using Melt-It powder and Ruby Romance embossing glitter. To finish the composition I added a couple of gears, some stamped leaves embossed using Ebony and pearls made using Melt-It powder and golden powder.

The text, or a dada poem is done using cut out words from an old book. I really love to make those as they can as whimsical I want! "The picture hung over like framed squares of unspoken task with the dramatic air of monolith of some peaceful coexistence."

Thank you for stopping by today! Wishing you a lovely day! 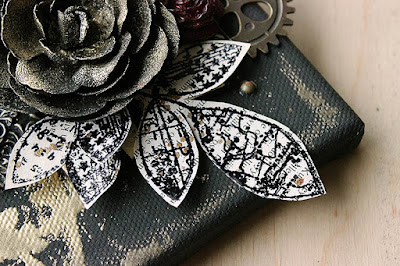 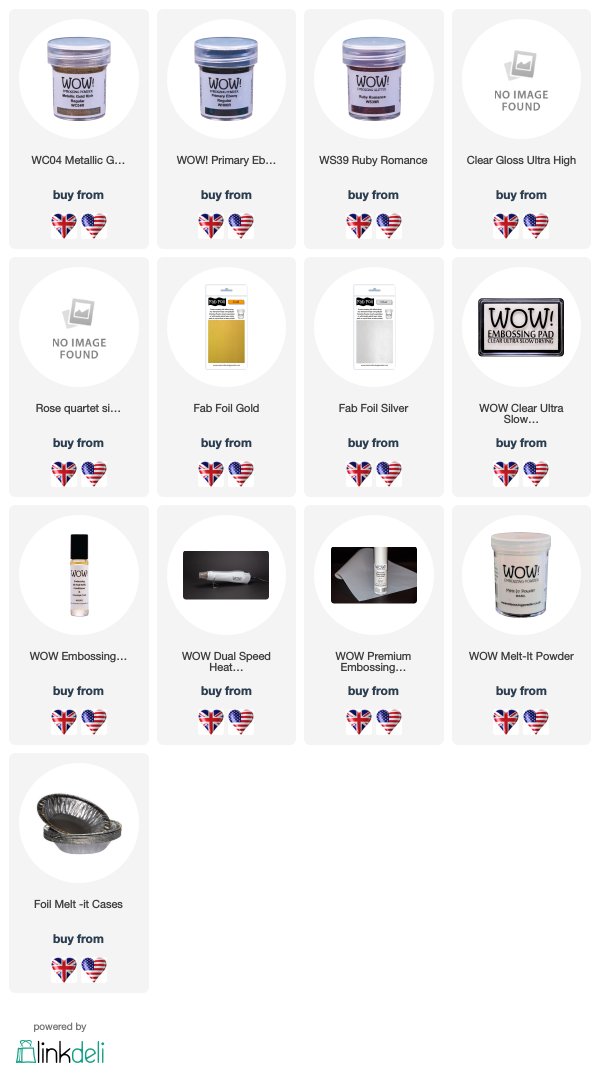 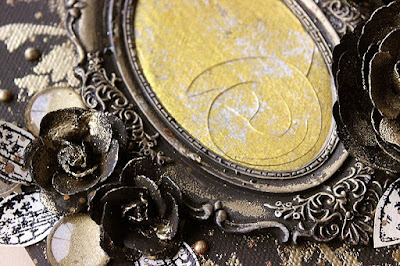 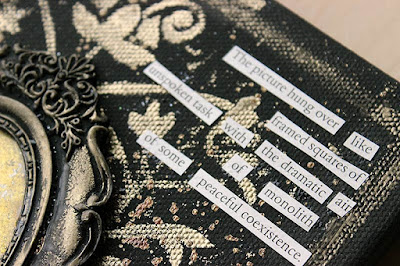 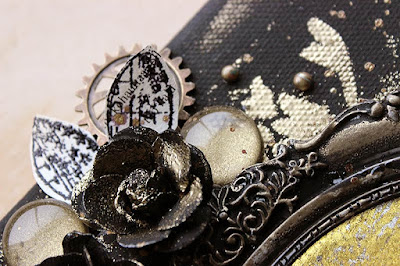 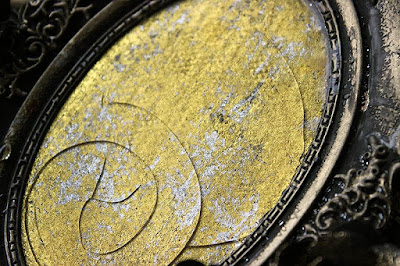 Adding Sparkle to your Cards

Hej and Welcome! Martina here with you. I have - again - a Mixed Media-ish card for you and *here's the video along this card on the WO... 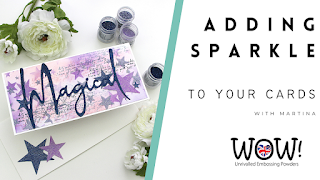